Now reading: We have a Kardashian Puzzle and we are not ashamed.
Share
PrevNext

Yes, we have a Kardashian jigsaw puzzle. It's called Edition K and we love it.

When we first started Journey of Something, our mission was to subvert traditional jigsaw puzzle world. At the time, only Disney Puzzles and puzzles of a horse in a field with green grass and blue sky existed for adults. We asked ourselves, what would the ultimate ‘anti-puzzle’ be? Cue puzzle of Kim Kardashian’s booty.

For those that have the Edition K puzzle, did you know there is this fun Find it game that goes with it? Some of the other fun things you can find:

Our one regret – sadly we created this puzzle prior to Kylie’s Lip Kit making her one of the richest people on the planet. So, Kylie cosmetics does not feature. Anyone else thinking Kardashian puzzle edition 2?

We've got a lot of comments on this puzzle over the years; mainly, do the Journey of Something ladies actually like the Kardashians?

Well, let’s just say, it’s complicated. Yes, we have enjoyed an episode of Keeping up the with Kardshians here of there. I mean who didn’t dabble during lockdown? But yes, we have also had to look away in disgust on numerous occasions (usually involving a stripper pole and/or Scott Disick).

But we don't think they're all bad. Let's revisit Kim's most notable charitable achievement. Remember when she petitioned the White House to release three women who had been given life sentences for nonviolent drug convictions!? She was instrumental in freeing them and bringing this issue to the forefront. She's also been pretty involved in some other women's charities.

So, while they might have expensive taste and live a life of excess, they could be worse. Nicola, Journey of Something director, is not afraid to publicly declare that she has watched numerous Youtube videos of Kim being interviewed on talk shows and that she thinks Kim seems like a nice person. Also, Nicola once saw a clip of the Kardashian sisters doing a jigsaw puzzle – sadly not the Journey of Something Kardashian puzzle.

Chloe doing a puzzle (not Journey of Something *sad face* )!!!: 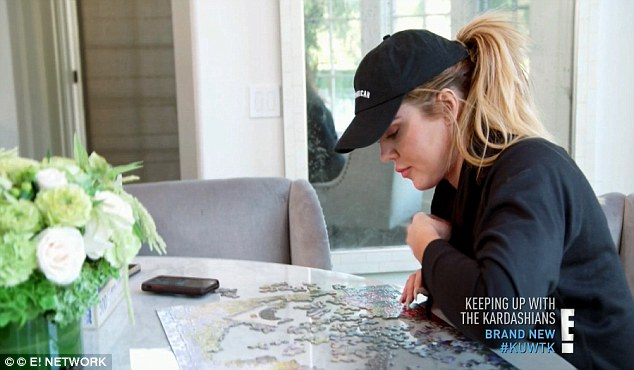 Kanye, On the other hand, we're not so sure about him. The Journey of Something position on Kanye is currently that he is only good for memes see some of our favroutites here.

Also, a shout out to Kim for providing some of the world’s best meme content. Crying Kim and champagne booty forever!

It wouldn’t be a discussion about Journey of Something’s first ever puzzle without mentioning the artist who created it. Here’s a little bit about the wild flower that is Billie:

Billie Morris is an Australian artist cultivated in the Melbourne region in 1993, grown to a relatively compact size (with a maximum height of aprox. 5ft). Natural habitat is metropolitan/suburban areas (Newport), but is often found flourishing in forest regions of Victoria. Prefers outdoor locations, however will thrive inside with plenty of light, water, and drawing utensils.